I decided just before we came away that I would use a free tea cosy pattern that had come with a magazine to learn to cable. The required needles were on the ship but I bought exactly the yarn suggested (I didn't want anything to make it more challenging) and stuffed it in the suitcase. 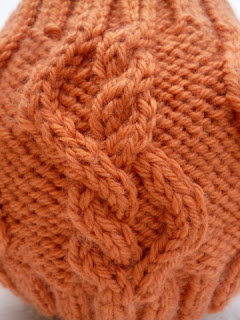 Once our stuff was all here and unpacked I thought it would be a quick little project to do in the evenings. I should have become suspicious when I realised that although the picture clearly showed the bottom edge to be ribbed, the pattern was definitely not going to make rib. I decided to go with the rib and charge on up to the cable panels - they were after all the point of the exercise. 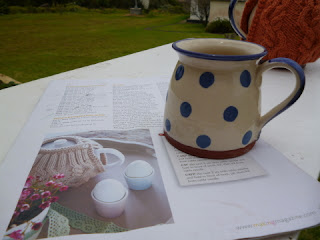 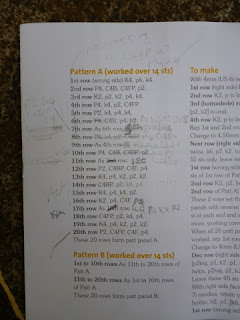 Now being a cable novice it took me a while to realise something was wrong. I ripped it back and tried again thinking I had made a mistake. And ripped it back again. And again, trying to work out whether a row was missing or what. 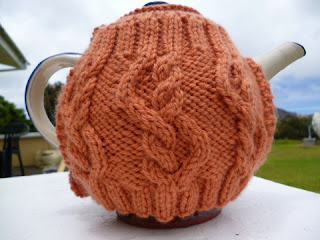 I must have ripped it back about 10 times before I worked out what the problem was then had to limp along trying to check that each row was doing the right thing as I knitted it but not being totally sure what the right thing was. As well as the errors in the pattern there were also typos and missing instructions. 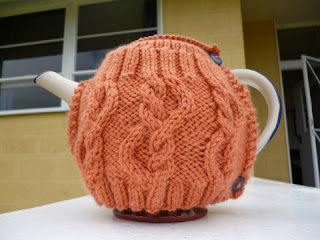 All in all it felt like a marathon! I am very please with the result but am disappointed that no one had proof-read the pattern, and definitely hadn't proof-knitted it. 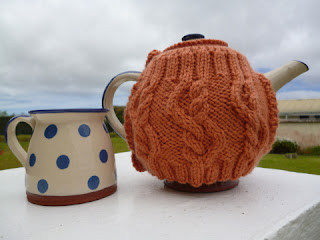 Posted by Stitches and Seeds at 15:43