Trains planes and automobiles, and ships and busses and taxis

Well we’re here! I have written a few posts along the way to show you what we have been up to and now we are settled normal service should resume. I look forward to browsing through the latest developments on my favourite blogs over the next few days. Although we have only been without internet access for a couple of weeks it feels like forever! 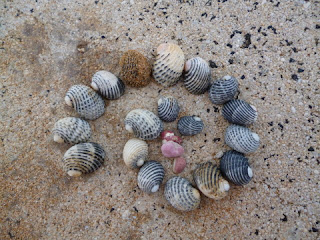 We had a pretty good journey – it started with two taxis (one for us and one for the baggage) to the station then a train ride down to Oxford. Everyone thought we were mad to be travelling to Oxford by train instead of the taxi all the way that was offered, but Tiny Boy has been known to be car sick and the thought of that possibility on top of cooped up Smalls and the inevitable ‘I need a wee’ five minutes after leaving, in a car driven by someone else, was just too much. 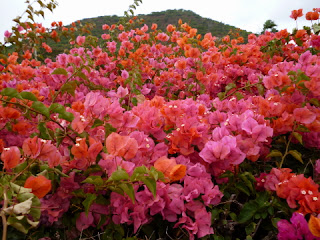 Getting on the train with our mammoth quantity of luggage was a little hair-raising but the platform staff were great and a lovely friend had come to see us off and she helped too. The staff at our station called ahead to Newcastle and there were people there waiting to help us change trains. My Mum had travelled with us that far too and she held onto the Smalls while we man-handled the bags. She said goodbye to us at Newcastle and the adventure really felt like it had begun.


At Oxford we were helped by a nice passenger and only made the train a bit late getting everything off. The platform was crowded and the mass waiting at our door would not believe me that they would be better going further down the platform because, as well as all out stuff, there were three people with bikes waiting to get off.


Somehow we got three trolleys and a buggy through the barrier and were met by a taxi driver who took us to Brize Norton. He was an old hand and knew exactly what we had to do and where we had to go.


We waited with bated breath as our luggage was weighed at check in. We had a massive allowance of 54kg each but I think we used every gram. The biggest surprise about Brize Norton was the fabulous soft play area in the departure lounge which despite it being 10 o’clock at night the Smalls made full use of.


Giant Baby was most excited about getting on a bus to get across the airport to the plane. He kept squeaking ‘I lub it de bus!’


The flight was overnight but that didn’t stop the cabin crew, oh no! Between boarding and finally stopping doing interesting things which then allowed the Smalls to get to sleep we were given a cold drink, hot food, a hot drink and an ipad! We did all manage to sleep a bit but woke at 5am to be faced by a not-bad cooked breakfast and the entertainment of landing, taking possession of the bags again and waiting for the mini bus to the Obsidian Hotel. 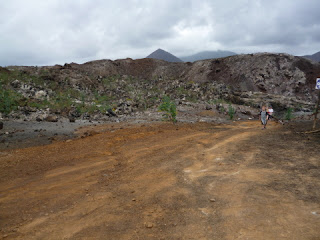 My first impression of Ascension Island was that it is very much like Mars with palm trees; very dry and arid, with reddish brown dusty soil and sparse, mean-looking vegetation. It is not helped that the gravel of choice is made of the local pumice rock and is jet black. It all seems very austere to the eye used to the lushness of Englandshire.
xx
Posted by Stitches and Seeds at 13:58