Imposter Syndrome: Something of a revelation

I recently read this blog post by Morag Hastie. Morag and I first met when we were freshers at St Andrews University, a lifetime ago. We got to know each other pretty well when we both worked at the Royal Observatory Edinburgh, half a lifetime ago, and although we now live on different continents we keep in touch through the magic of the interweb. Morag has recently left the world of professional science to be a mother and is using her spare time to explore her other love, writing. 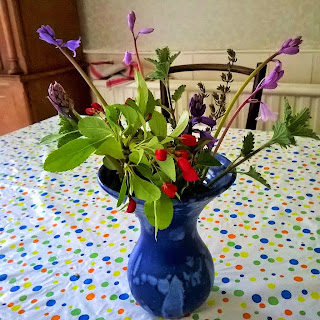 In her post she describes how many professional scientists suffer from Imposter Syndrome: the feeling that their accomplishments and success are down to luck rather than talent, and that they are pretty lucky not to have been found out yet. She explores the idea that Imposter Syndrome might be prevalent in other professions, including successful writers. 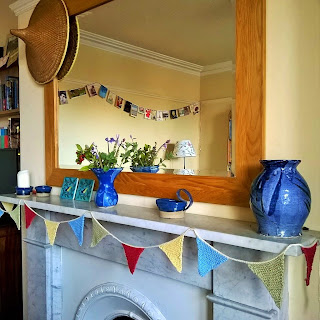 Until I read Morag's post, I had no idea that Imposter Syndrome was a recognised thing. (It is on Wikipaedia - it must be real). I just assumed it was only me. 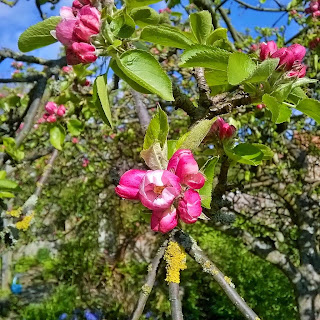 Interestingly, when I am working, I don't suffer from Imposter Syndrome. When I am gardening, sewing, crocheting, cooking...I am completely confident that these are all things I am ok at. Not fabulous perhaps, but competent and capable of looking stuff up or seeking advice when I reach the limit of my own knowledge and experience. 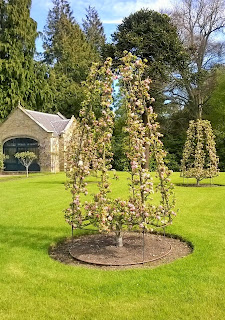 The place where I feel the Imposter Syndrome coming on is Being A Grownup. I can't quite believe that I have been allowed to be in charge of myself for all these years. I find it very hard to believe that I am allowed to have three beautiful Smalls of my very own, a house to live in and look after, finances to organise, decisions to make. In truth, there has always been a nagging feeling in the back of my mind that I might not in fact be doing it right, and that sooner or later, I will be found out. 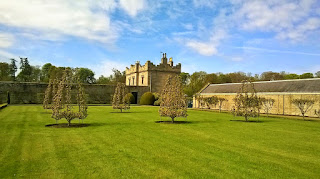 The feeling comes and goes and is rarely at the forefront of my mind. But on those days when the Smalls are vile, the house is a revolting mess and I have forgotten half a dozen things (again) it is there nagging at me. On days when I have got loads done and feel in control, it manifests itself as a quiet disbelief. 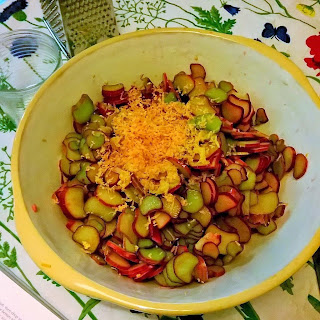 But the thing is, I didn't really realise that it was there. I didn't really know why I felt so crappy on the bad days and somewhat disbelieving on the good ones. Reading Morag's post a couple of weeks ago has made me think. Now that I have a label for this thing in my head, and now that I know that other people also have it in their heads, all be it about other things, I have been taking notice of it. Examining it. 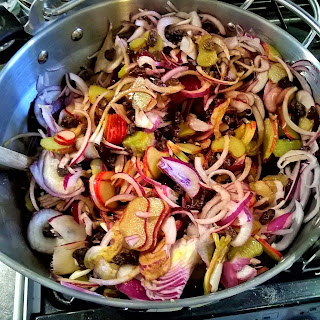 Looking back, I can pinpoint exactly the first time I became aware of it. It was shorty after Tall Girl was born and I was really struggling. I was dealing with being unable to breast feel this scrap of a thing that puked all the time and wouldn't sleep, but which I loved more that I knew it was possible to love anything. I couldn't believe that it was really happening to me. I had wanted to be a mummy for a long time, and been pretty confident that I would be good at it, and now it turned out to be harder than I had ever thought possible. But everyone else seemed to be doing ok, so I had better make sure I wasn't found out... 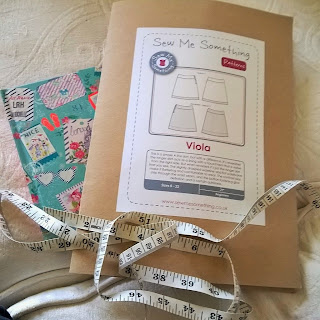 I definitely feel it whenever I have to deal with builders, plumbers, electricians. When I am up a ladder, sanding the cornice with the pva in my hair gently gluing me to the ceiling, I am confident that this is something I am fully qualified to do. But faced with a professional, I am sure they can see through me, see that my decisions about what needs doing are bad, and that I will have missed some crucial element of the job. I am happy that they know more than me (I wouldn't have called them if they didn't) but I feel like owning a crumbling Victorian town house and attempting to reverse that crumbling is something that should only be taken on by someone more knowledgeable, capable, well off (!) than me. 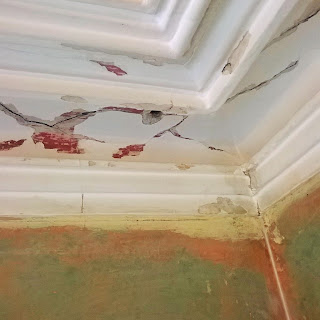 But do you know something? Since I have been able to name it, I have been able to recognise it for what it is, and dismiss it. I am 38 years old with a lovely husband (who shared joint responsibility for most of my decisions, good and bad), two academic degrees and three Smalls who know how to behave nicely (but choose not to sometimes). Of course I am capable of running my own life. 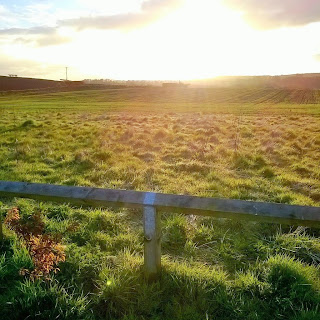 When Tall Girl was a toddler, she used to use a horrible whiney voice when she didn't get exactly as she pleased. It drove me to distraction until one day in a fit of genius, I took her over the road to the river which runs past our house, and together we took that whiney voice and threw it in the water. We watched it float away down stream and out to sea. Remarkably, no more whiney voice. Or not often. If it tried to creep back in we would put it in the bin. 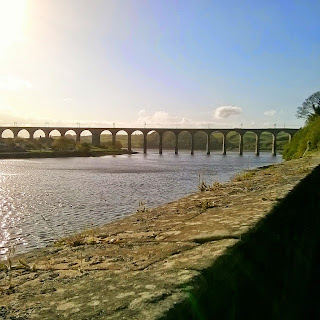 So Imposter Syndrome, I've got the measure of you now and I know just where you belong.

Right, now that I have got that off my chest I am off to mix me some plaster and fix up my walls.

Do you mind if I knit blanket: the raffle

Out of the saddest and most terrible events, good things can happen. My friend and neighbour Vanessa Cabban took her own life in December. Although I did not know her well, I was extremely shaken and, along with many in the blogging and craft community, mourned her loss with dismay and confusion. How could this have happened to someone so full of life?﻿ 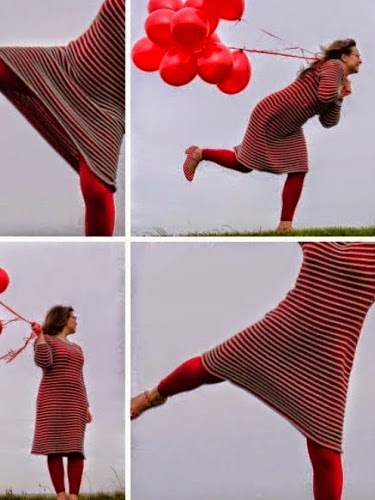 Of course, the reason was the silent demon of mental ill-health. Depression. 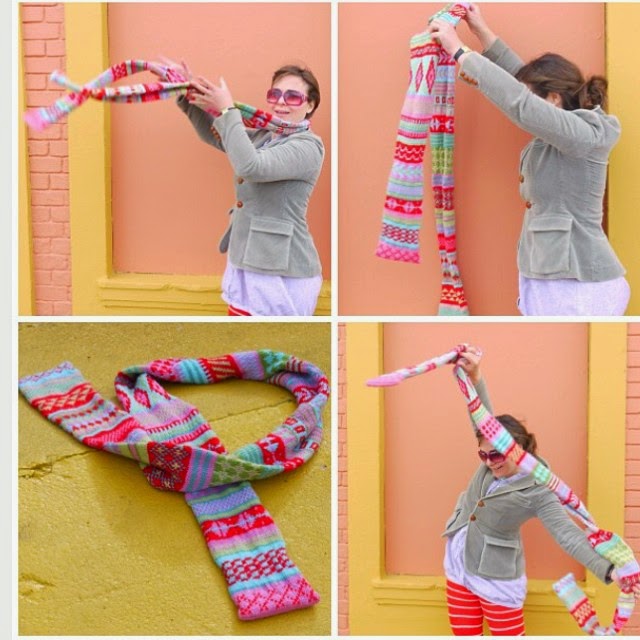 The Mental Health Foundation works to raise awareness off the issues surrounding mental health, to influence policy and legislation, and conducts research to better understand mental health problems and improve the future of the nation's mental wellbeing. This is the charity that Vanessa's family have asked people to support in her memory. 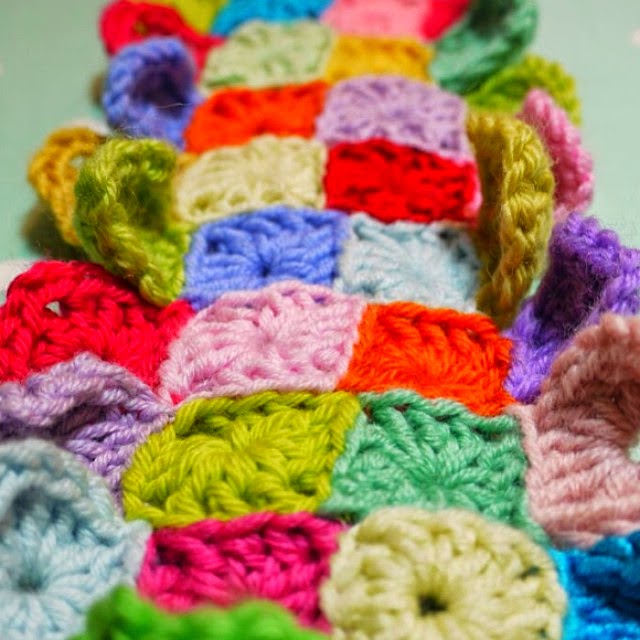 The online craft community, lead by Lisa of Bobo Bun have come together to remember Vanessa and to raise money to help the Metal Health Foundation in the best way we know how. We have made something. We have made a blanket. 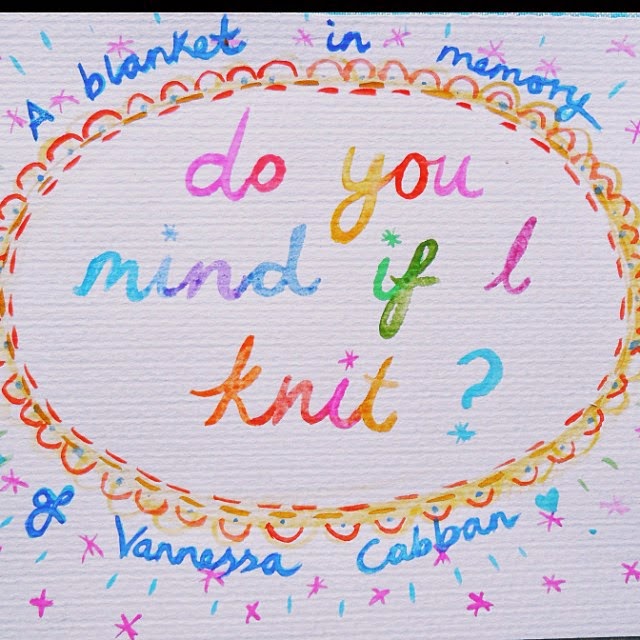 Over forty crafters have crocheted granny squares in colours chosen to represent Vanessa's distinctive colour pallet. These squares are currently being stitched together to form a beautiful blanket full of love. The picture below shows approximately 1/4 of the squares. You can find the full list of contributors and the story of how the blanket came about on Lisa's blog. 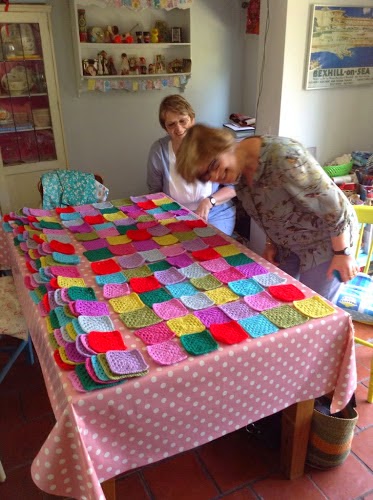 The blanket is being raffled in aid of the Mental Health Foundation. Tickets are £2 each and the raffle will be open until midnight on Monday 1 June. The winner will be drawn at random on Friday 5th June. You can purchase your tickets here. 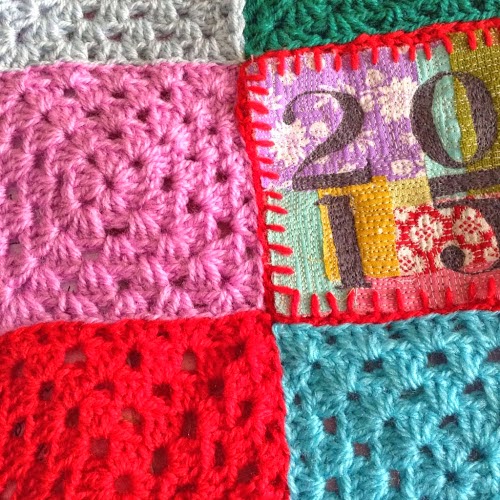 At the time of writing the raffle has raised over £650. We can do even better with your help.

The images in this post have been used with the kind permission of Lisa at Bobo Bun or have been taken from Vanessa's blog: Do you mind if I knit? I hope she wouldn't mind.
Posted by Stitches and Seeds at 16:50 3 comments: