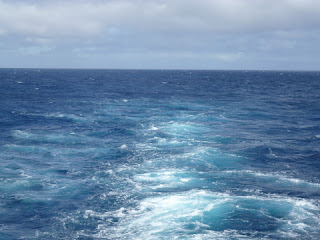 Our journey on the RMS was supposed to be two nights and three days but there was something wrong with one of the engines so it ended up being four nights. Thankfully we had a box of bits and pieces to amuse the kids from a forward thinking and generous friend and there was a laundry on board. The timetable of activities on board went something like this: 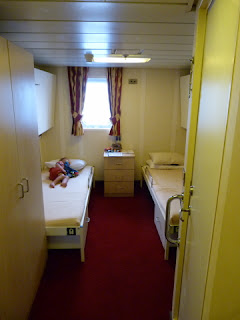 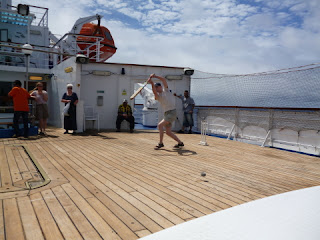 It was impossible not to be permanently full. Giant Baby and Tiny Boy did their best though, refusing to eat anything but jam sandwiches and yoghurt. 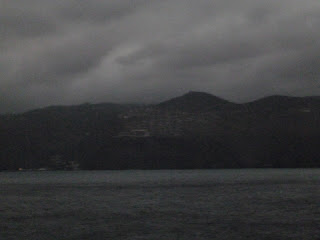 Finally on the morning of the fifth day J and I got up before dawn, left the Smalls in their beds and climbed up on deck to see the lights of St Helena in the distance. Along with a few other hardy/crazy souls we watched the lights get closer and then go out as the sun came up and the mass of the island solidified into cliffs and valleys. 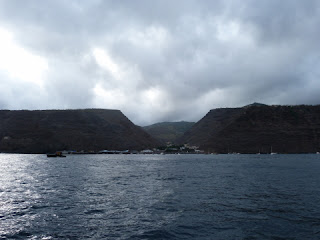 After a hurried breakfast we were on the first launch to shore and were very glad to step onto dry land.


J had suffered a little from sea sickness on the ship, but that was nothing compared to what I felt once we were back on dry land. Every time I moved my head or caught a glimpse of the trees moving in the wind I got a wave of nausea. This came and went for the whole first week. Now that was very wierd!
xx
Posted by Stitches and Seeds at 14:18