The Grand Adventure of the Smalls

On Easter Monday I did something very brave. It might not seem brave to anyone else, and I am very happy to confess that I am not usually very brave about this sort of thing.﻿ 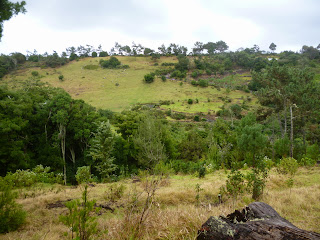 J was at work in order to be able to take Tuesday off to spend with his Mum. So I was at home with the Smalls. 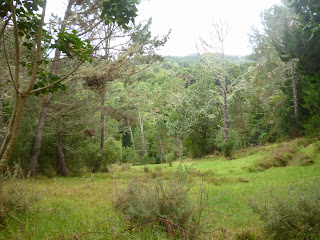 It was a bit of a wet and windy day - the first signs of Autumn I suppose, but I had promised Tiny Boy that we could go and explore somewhere we had never been before. 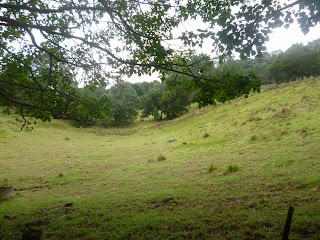 He likes doing this, and so do I, but I find the prospect of going on my own with three Smalls rather challenging. 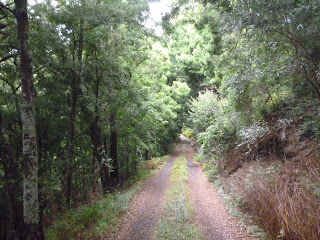 I put the word out that we were going, in the hope someone else would want to come too, but had no takers. 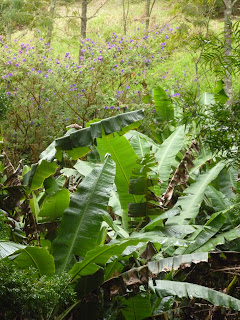 I took a deep breath and off we went. Rain coats on, a few snacks packed into the backpack in which I can carry Giant Baby when his little legs give out, and Tall Girl in charge of the map. 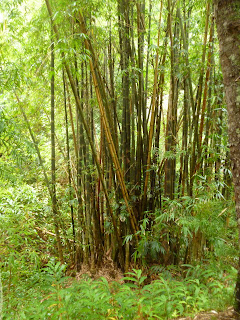 Now, the route was one recommended in a book of walks on St Helena published about 20 years ago. 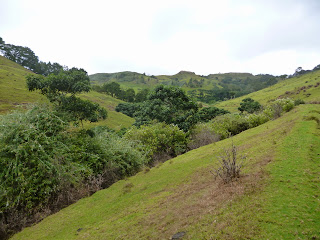 I knew the author was quite keen on climbing over barbed wire fences but a couple more had been erected since the book was written... 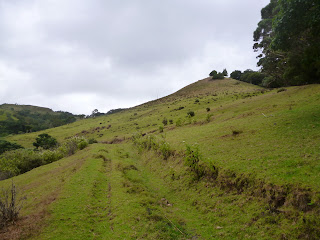 Tall Girl was very good at scrambling over or under, but lifting Tiny Boy and Giant Baby was a test of strength! As was encouraging them to scramble up about 100m of almost vertical field. 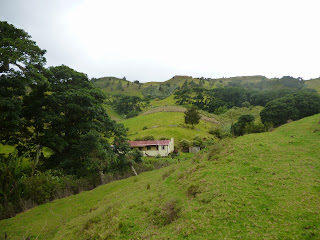 Giant Baby was desperate for a carry by this point, but I didn't trust myself not to wobble and tumble right down with him in tow so I made him get to the top under his own steam. 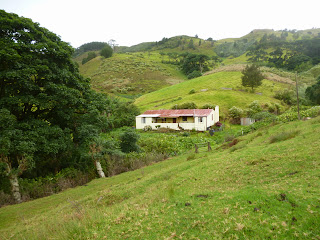 I always worry that there will be mutiny in some deserted place, as far as possible for the car, or that one of us will take a tumble and I won't be able to get us all back. 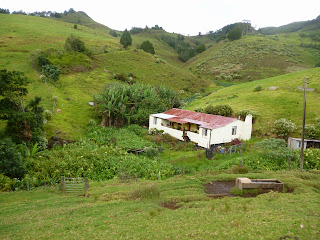 The vertical field did cause a certain amount of grumbling and a lot of groaning but I used quite a lot of biscuit bribery to get us to the top. 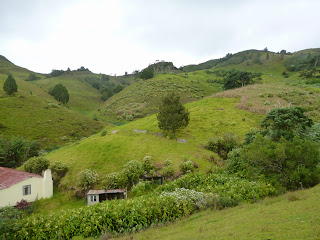 I carried Giant Baby for the second half of the walk which was fine until I had to climb a stile. He really is very giant so hauling us both up and over was quite tricky.﻿ 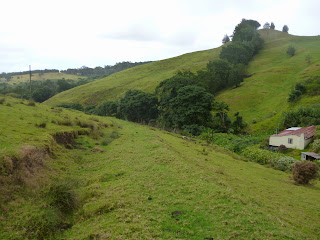 But we succeeded. We had a nice time! 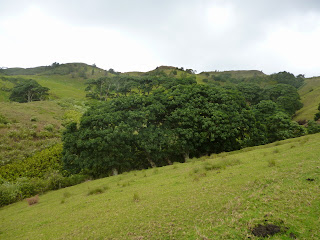 We got back to the car in one piece and with my sanity intact. 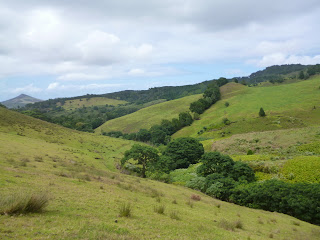 It stopped raining and we enjoyed the gorgeous scenery. 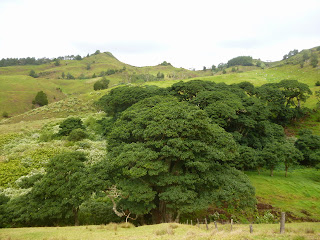 We collected interesting bits and pieces and picked a passion fruit growing wild. 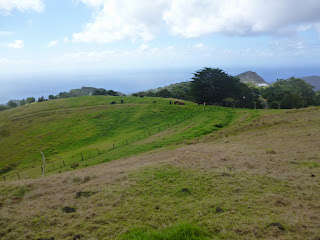 We walked for 2.5 hours and covered about 2 miles. 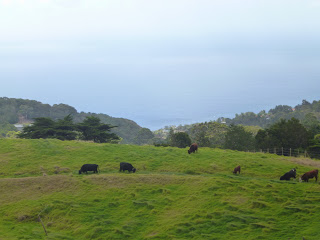 It was hard work for Mummy, and I think I definitely would prefer company, 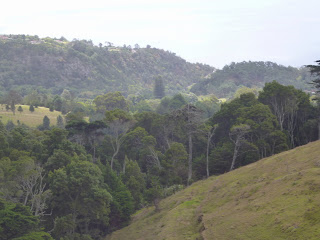 but if the moment arose, I would do it again. 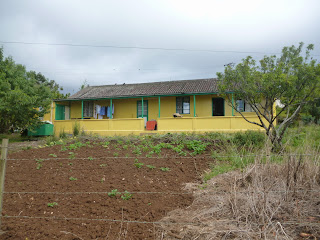 Silly to need all my courage to take my Smalls out for a ramble I know, but we all have different hurdles and that is one of mine.

Posted by Stitches and Seeds at 11:11