So that's where we were yesterday. Green Mountain as seen from Two Boats Village. It really is very green isn't it. Today I am going to take you to another place which is much more off the beaten track. So much so that the first time we went, we couldn't even find the track... ﻿ 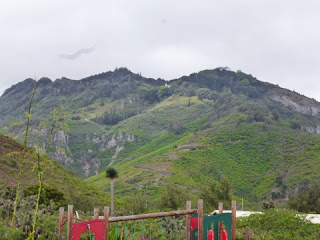 Sadly the two boats of Twoboats are long gone, but I believe they were placed there to provide shade for the weary walker on his or her way up and down the mountain. 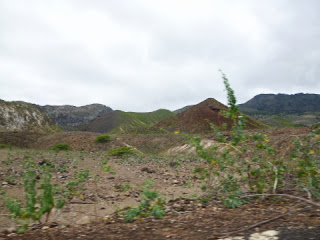 The road beyond Twoboats goes through a sort of scrubland of dust and boulders. All the trees are less than 20 years old so you can see why the boats were necessary. 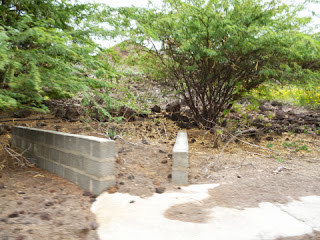 Ascension Island is a very weird place. It is populated by people from the UK and US Air forces, Saints from St Helena and scientists. None of them really belong and even if a baby is born there, they have St Helena status. No one has a right to live on Ascension Island. Consequently is belongs to no one and no one has an overarching sense of custodianship (I think I might just have made that word up). There are aerials, antennae, cables, pipes, weirdly placed little walls, flattened and gravelled areas and the left overs of dozens of experiments in science and communication everywhere. It even has an extra long runway at the airport just in case a Shuttle ever needed to make an emergency landing.

At the end of the road you will reach a small hut with a large satellite dish beside it. This is where the Arianne rocket launches are tracked by the European Space Agency. They are also very nice about pointing out the path over the rocks and compacted ash to the beach. 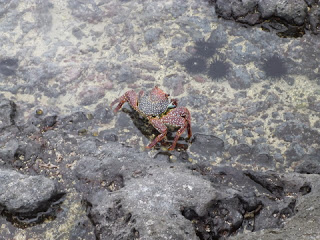 The rock pools are like something out of a text book - teeming with little fish, sea urchins and big red and black crabs. 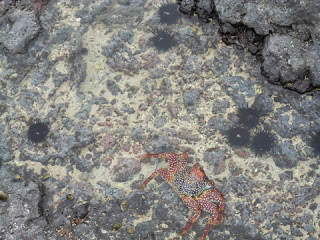 We even saw an octopus in one! 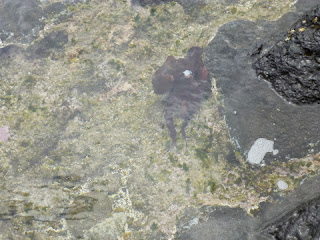 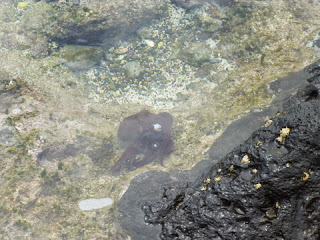 But the main even is the blow hole. There are quite a few around the coast but this is easy to get to and pretty spectacular. Even on a calm day the larger waves were sending water up ten or twelve feet. 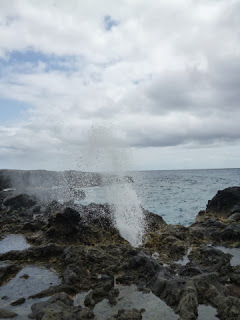 The surrounding rocks above the high water mark are caked in a layer of salt from the spray. 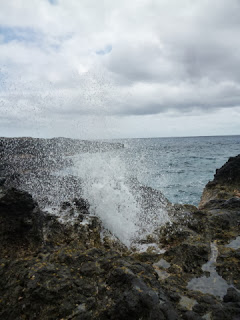 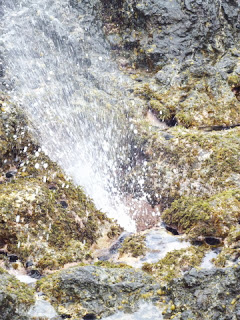 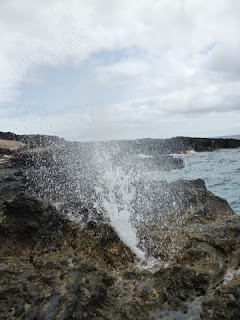 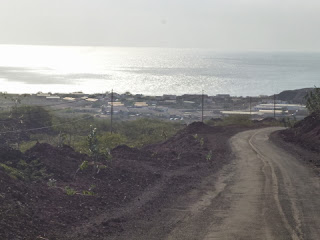 I could have stayed here all day, but my Tiny Boy cut his finger on a rock and only a plaster would do so we had to head back to the car, and then back to Georgetown, which, when you think about it, is really just a collection of little buildings on the edge of a little volcano in the middle of a great big Ocean.

xx
Posted by Stitches and Seeds at 20:30