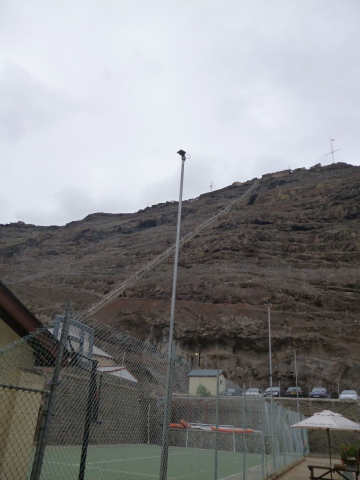 "Jacob left Beersheba, and went toward Haran. He came to the place and stayed there that night, because the sun had set. Taking one of the stones of the place, he put it under his head and lay down in that place to sleep. And he dreamed, and behold, there was a ladder set up on the earth, and the top of it reached to heaven; and behold, the angels of God were ascending and descending on it! "
Genesis 28 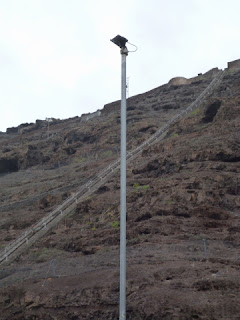 I am pretty sure we are nowhere near Haran, but Jamestown boasts a Jacob's ladder of its own.
699 steps averaging 11' high and 11' deep giving a 1:1 gradient. One of those must-do St Helena challenges. 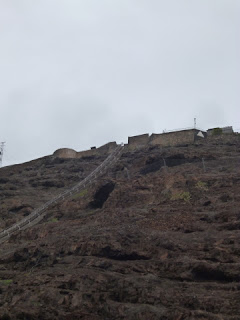 I haven't done it! I will, I hope, when the moment is right. But last week lots of people did it. 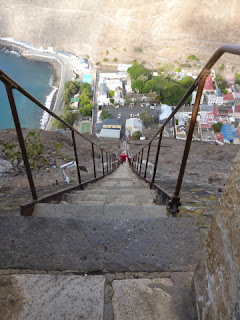 One of our neighbours, who does it twice a week to keep fit, decided to really challenge himself. He would go up five times (and down four times in between). Amazingly the first aiders were not required and he set a benchmark for future hardy souls of 1 hour, 14 minutes and 4 seconds. 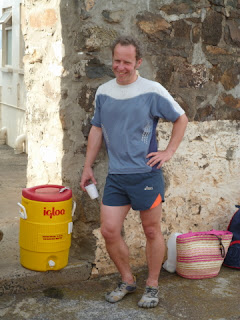 Another record was broken on the same day. The time for one ascent. This chap - Graham Doig from Scotland - took almost a second off the previous record and made it up in 5 minutes and 16.78 seconds. 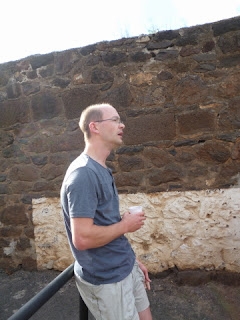 J also had a go and took 6 seconds off his previous personal best with a time of 8 minutes and 31 seconds. 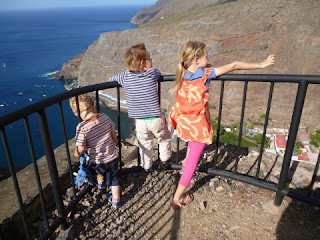 The Smalls and I waited at the top to congratulate the climbers and take in the stunning view. Oh, and Giant Baby did his best to get his head stuck in the railings. 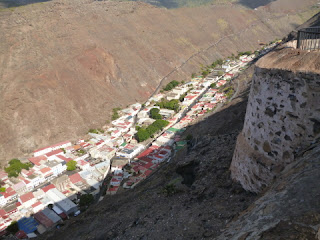 You have the whole of Jamestown laid out below you like a living map. 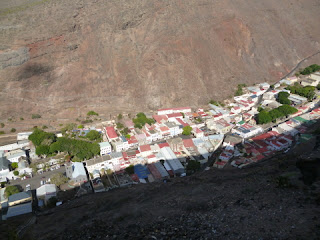 If you look carefully you can see the pool where we swim after school and work on Fridays. 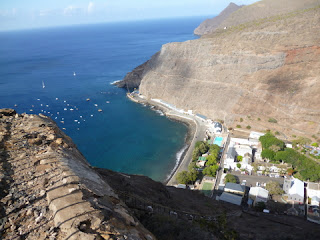 If there were angels in the crowd they were heavily disguised and just as susceptible to shortness of breath and copious perspiration as the rest of us!

xx
Posted by Stitches and Seeds at 14:19