There are loads of great walks on St Helena, many of which we haven't done because they are not really Small-friendly - too far or too steep or too vertiginous. Mostly this is fine - if a walk is too hard for the Smalls then it is probably too hard for me!
However, there is one walk which is on the 'must do' list but is too far and too steep and too vertiginous to attempt with the Smalls in tow. To be honest, I wasn't sure how I would find it and was quite nervous. It is over the desert at the edge of the island and is hot, slippery with grit and very steep.
With the Smalls safely deposited with our wonderful child minder, we set off with a few friends to give it a go. Do you want to see?﻿ 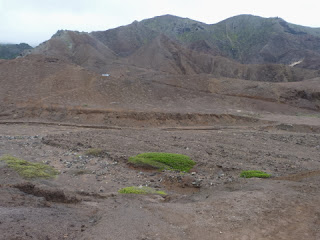 This is where we parked the car, near Sandy Bay. 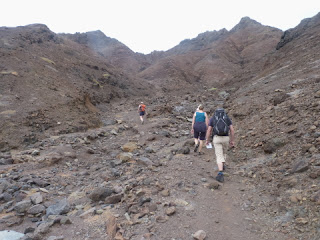 And this is where we went. It has quite a lot in common with Mordor! 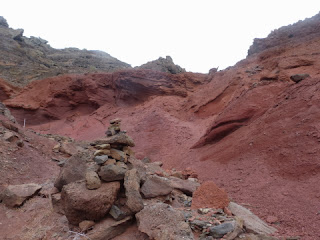 The way-markers were Makka Pakka-esque cairns. 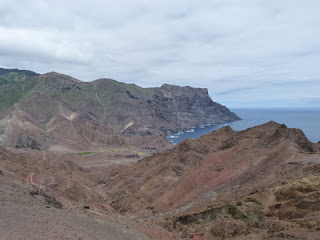 The view back towards Sandy Bay as we climbed higher. The ground was so gritty you had to look where you put every footstep so stopping to admire the view was very necessary, as was stopping to catch your breath and any breeze that was to be had. 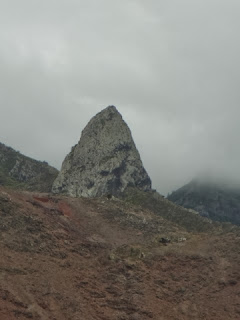 This is Lot. As you can see the cloud was quite low when we started out. It was so hot and humid that it felt like the air was trapped under a hot flannel. 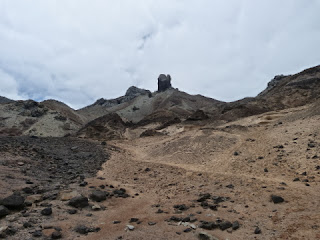 And here is our first glimpse of his Wife. They are both ancient fingers of lava that worked their way up through cracks in the surrounding rock which has since eroded away. They are phonolites which means that in theory they should ring just like the Bell Stone. 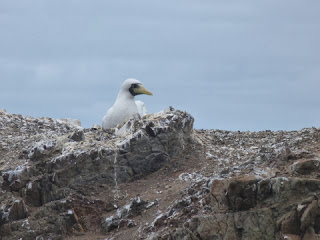 At the half way point we met this lovely beauty. She is a Masked Boobie. 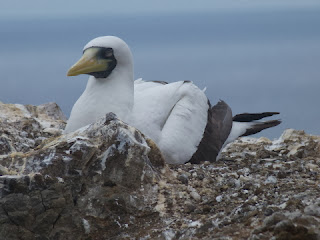 We deposited a bottle of frozen water in a cool bag at the edge of the path for the return journey. 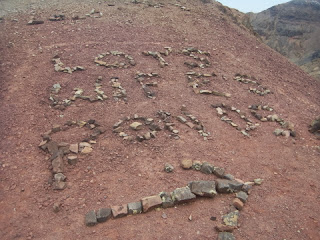 The path was well marked! 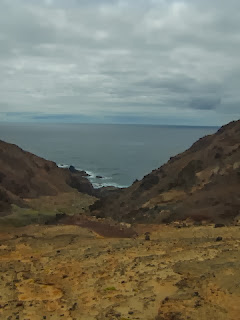 At last the final decent towards the sea over an ancient beach, now way above sea level. 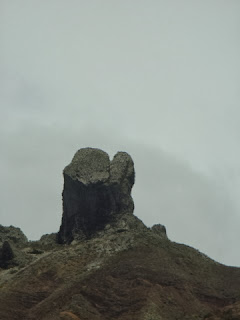 She is kind of funny-looking close up. 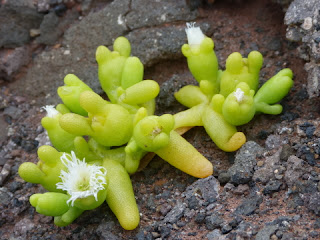 This is one of the island's  endemic plant species, called Baby Toes. 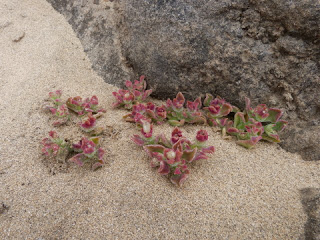 And this, although not endemic, is native and is called Ice Plant. 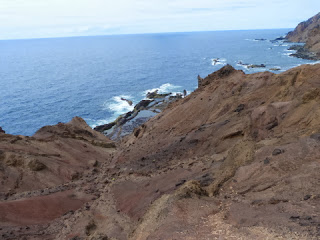 And this is where we are headed, what the long slog in the heat has been all about. Ponds, or rather large rock pools, separated from the sea by a wall of rock. 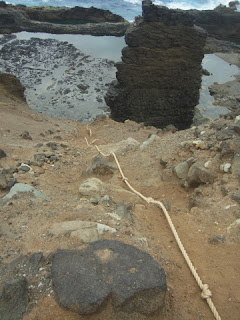 Just a small and mildly hair-raising scramble down the slope and over the edge! 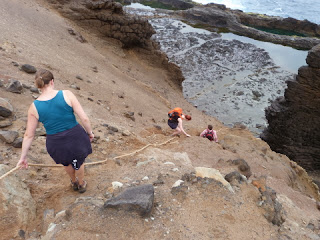 Actually, not as bad as it looks provided your shorts are mud coloured and your pride is firmly swallowed! 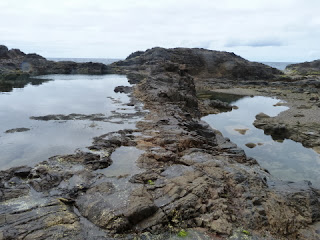 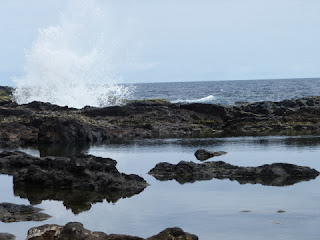 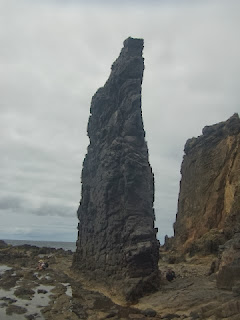 This is called the chimney - another one of those phonolites I think. 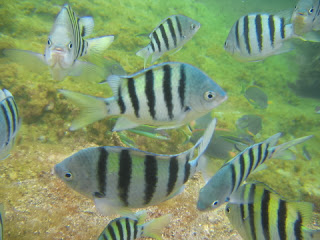 And these are Four Fingers (endemic). 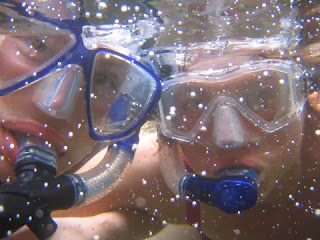 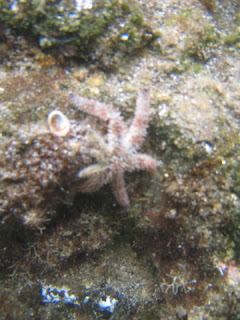 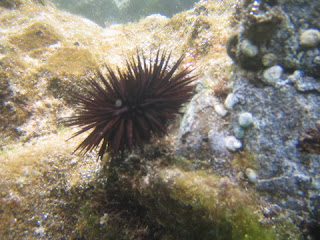 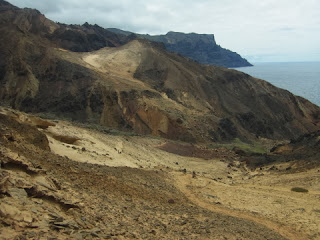 And a long way home! 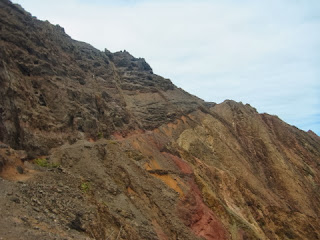 Yes, that is the path running across the hillside, but at the top is that lovely bottle of water, no longer frozen but beautifully cool and completely welcome! 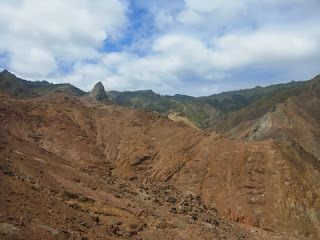