Another mad month in the South Atlantic! We have been busy partying rather harder than usual this month with a bundle of birthdays. Also, my Mum has been here so we have been back on the tourist trail. It has been anything but slow... must try harder to slow down in August. 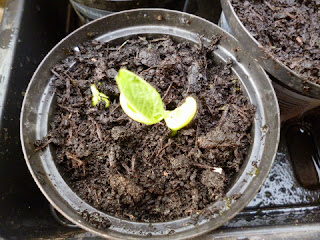 There has been a lot of party food and bring-and-share contributions cooked this month. Usually I try and do nice bread (no artisan bakeries here) and some sort of pud but there have also been feta and olives and popcorn. In between I am afraid it has been quick and easy cooking, although I have rediscovered soup and want to explore this more... 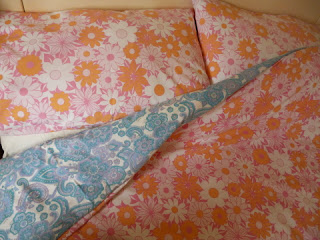 No laying down of stores. Hand to mouth this month, but planning for our hols which is exciting.

I have planted out all the seedlings that I sewed last month into Tall Girl's Garden. She wanted a patch of flowers and veg all of her own which was a good kick up the backside for me to clear away the dead and dying things that haven't worked and have another go. The orange clay soil here doesn't seem to hold moisture or nutrients very well so this time I remembered to add a good blob of composted grass cuttings to each hole. Fingers crossed it all does ok... 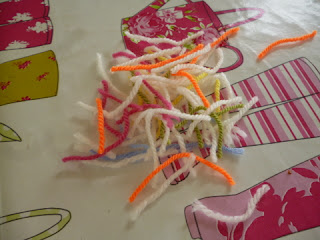 We have finally got Giant Baby out of nappies at night as well as during the day so that should boost our green credentials quite a lot!

Hmm, maybe the nappy thing should be under Reduce instead.

The Extremely Useful Smiley Bag tutorial was a bit of a highlight for me. I have also done quite a bit of creating for presents which somehow didn't get photographed. I sent off my Yarndale bunting though. 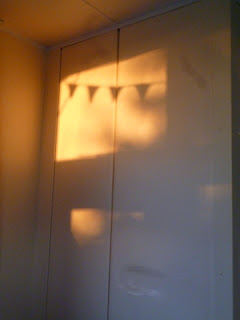 My flax weaving research has produced a new hat pattern which I have photographed but not written up yet. I have been having my third go at An Ode Less Travelled by Stephen Fry. I want to read it but I am finding it very hard going. The first two attempts I only got as far as the first chapter so I am improving.

I have been teaching Tall Girl's Brownie friends some flax weaving which was hard work but fun. 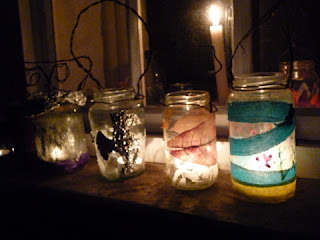 I think I might mostly be spending August snoozing. Except of course for celebrating the most important third birthday of a certain Giant Baby.

xx
Posted by Stitches and Seeds at 13:42