A story to restore your faith in humanity

Once upon a chilly blowy weekend day last year I was feeling frustrated and cooped up and that what I needed was some exercise and an achievement and to generally blow the cobwebs away. So J and I pored over the map and made a plan. We would all go and climb Cocklawburn Hill near Abbey St Bathans*, about 45 minutes drive from here.

It started badly. The Smalls did not want to go. Tall Girl in particular felt it was an infringement on her right to mong in her bedroom reading books in bed all day. We jollied and cajoled and maybe bribed and threatened a little and got everyone to the start.

Tall Girl then sobbed and gurned the entire way up the hill. Little Man was headed off the same path for a short while by being put in charge of the map and Big Trouble demonstrated his ability to be an angel, exactly when the others are most devilish - until his legs hurt from climbing the big hill, then he winged and moaned too. About half way up I had a tantrum. The whole point of even going on the walk up the big hill was to cheer me up and the ratbag Smalls were not exactly helping. At the top (which was suitably spectacular by the way) Tall Girl passed the gurning baton to Little Man who bickered with Big Trouble all the way back to the car. Once ensconced in the car I had a second tantrum about spoiling my day and about how weekends are for mummies and daddies too and how horrible and selfish they were and ...

All in all it was a shit trip.

Imagine my surprise then, when a couple of weekends ago I tentatively pointed out how lovely and sunny it was and what a shame it would be to waste it. And Little Man suggested a walk up that great hill that we went to that time, and Tall Girl agreed and added what about a picnic and Big Trouble asked could we take the map, and his mini beast catching kit and a frizbee. 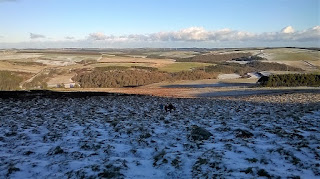 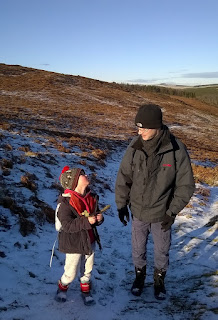 And it was great! 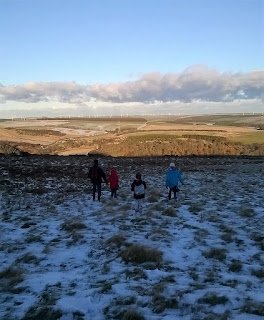 And we had a fab time. 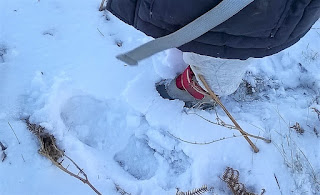 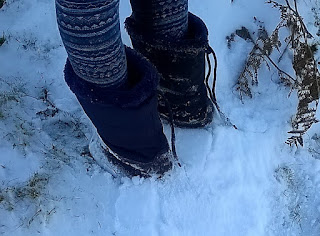 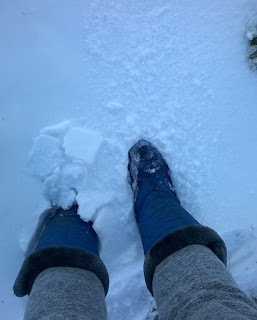 In fact we had such a great time that I wasn't even too upset when we realised that somewhere along the way Little Man has lost his hat. Which was actually my hat that he had borrowed. My favorite gardening hat that I was given up a mountain in Hawaii pre-Smalls. I wasn't too upset, but I was a bit upset. Upset enough to leave a note in the information shelter in the car park with a description of my hat and a plea to anyone who found it to text me. My efforts were scoffed at by the rest of the family but I left my note and made a wish. And a week later the lovely Rosie texted to say that she had not only found my hat, but she had washed it and what was my address. A week after that look what came through the door... 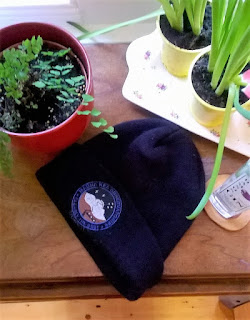 *Can we just pause for a moment to appreciate the greatness of both those place names.
Posted by Stitches and Seeds at 13:05