My poor little abandoned blog. I haven't meant to be away so long, it just all got a bit mad round here.

Amongst other things it was Tiny Boy's sixth birthday. Now, your young man who is six cannot be known any longer as Tiny Boy - it is just not fitting. So from now on we will call him Little Man, for that is what he has morphed into in the blink of an eye. 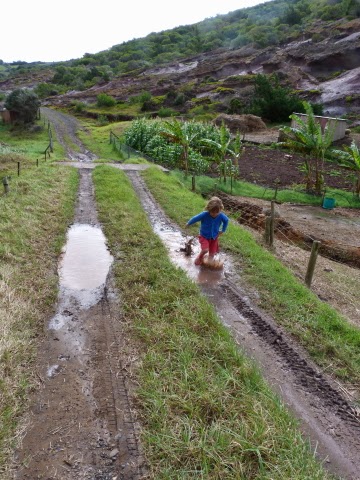 At the weekend we went for a walk down in Fishers Valley. It was a walk that we have attempted before and the two experiences nicely bookend our St Helena Adventure with their similarities. ﻿ 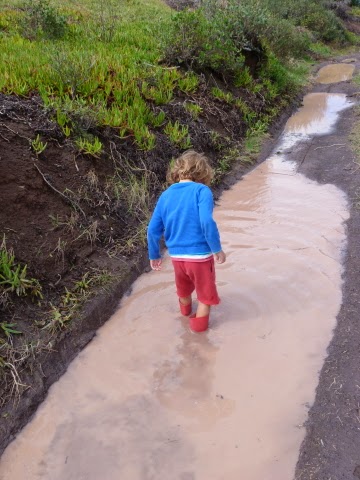 The first attempt was just after we arrived, back in the days when we were naïve enough to assume that the map and the ground might bear some resemblance to each other, and when we were worried about trespassing and being where we shouldn't.﻿ 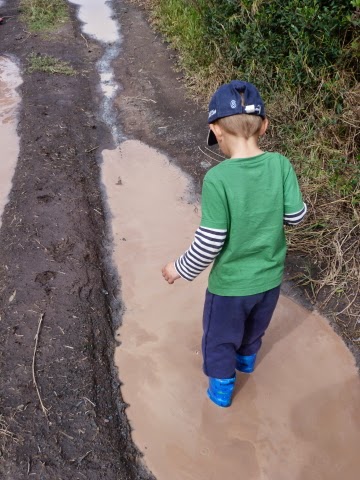 Big trouble was still a Giant Baby, and we wrapped him up in full waterproofs against the drizzle. After failing to find the path we gave up and ended up having to reverse the hire-car back up to the main road because the slope was too steep for it's paltry 2-wheel drive.﻿ 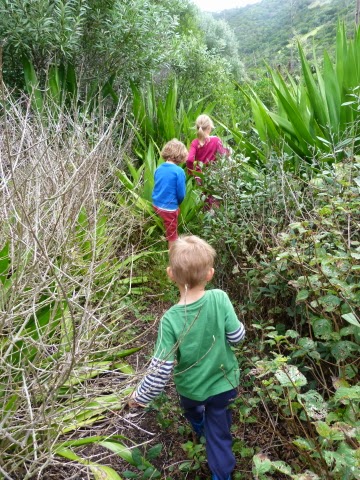 Not so this time! Big Trouble strode off into the wilderness with Little Man and Tall girl.﻿ 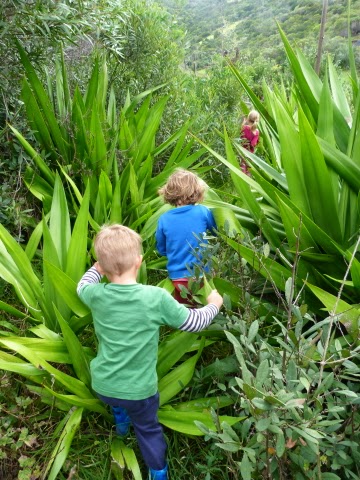 There was much taming of undergrowth,﻿ 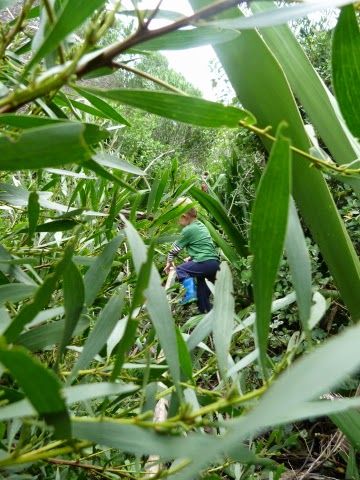 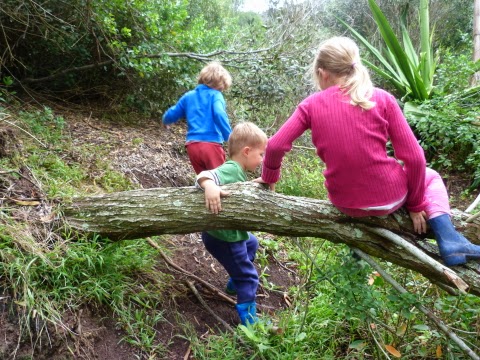 and reclaiming of the path. ﻿ 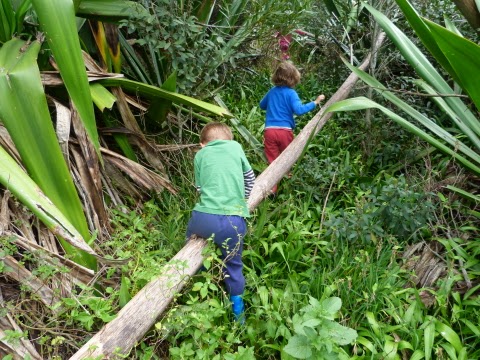 At the end of a most successful walk we headed back to the car and Little Man innocently asked "Can we go and see where that other track leads, the one we didn't take?" What a good idea we thought, so we headed back down the track in the 4 x 4 and promptly got stuck in the mud.﻿ 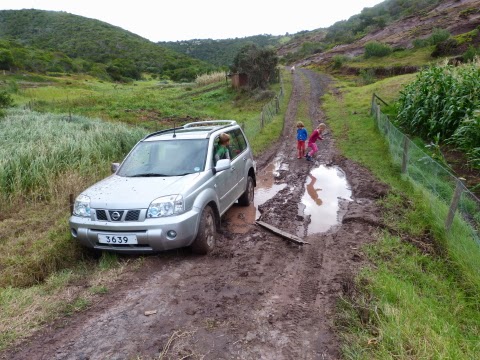 In trying to unstick ourselves we also got wedged against the fence.﻿ 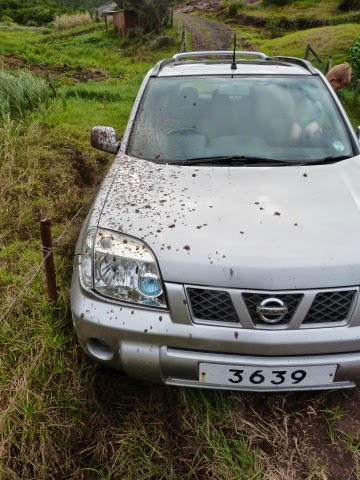 Properly stuck and undeniably wedged, J headed back up the track to look for help. 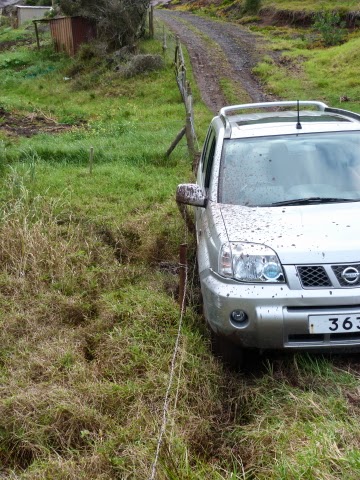 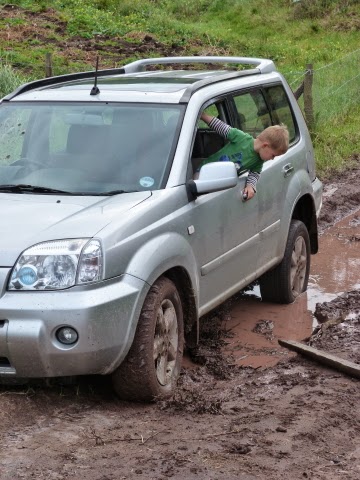 while the others danced about in the mud, delighted by the new predicament.﻿ 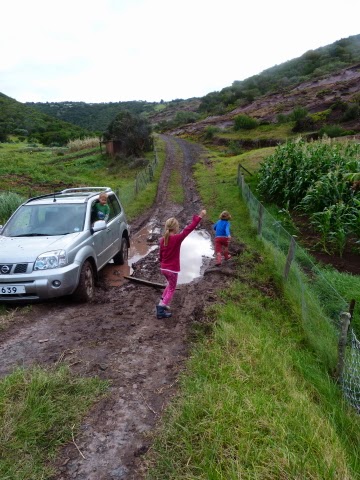 Help came in the form of Clint and his Dad who had seen it all before. No problem, they would pull us out with their pick up. Now, seeing as how we were wedged by the fence post, they would have to drive past our car and pull us out forwards. Within minutes they were stuck too.﻿ 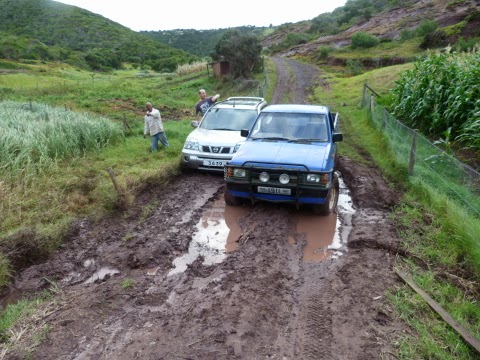 And wedged. Wedged as it is possible to be, up against our car.﻿ 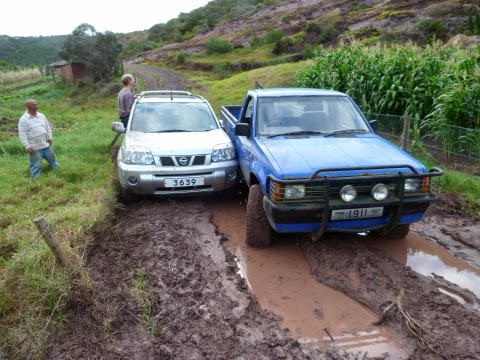 Clint's Dad paused for 'breath' while Clint headed back up the track to fetch another 4 x 4.﻿ 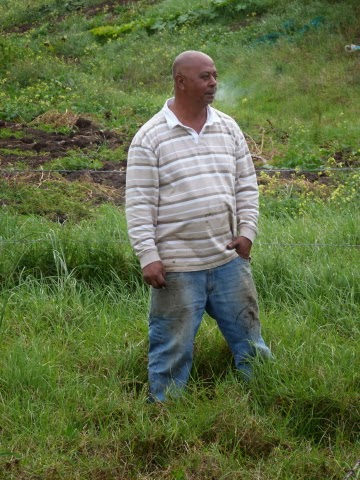 In no time he was back and he had A PLAN. He would pull us out backwards but seeing as how we were wedged against the fence post...﻿ 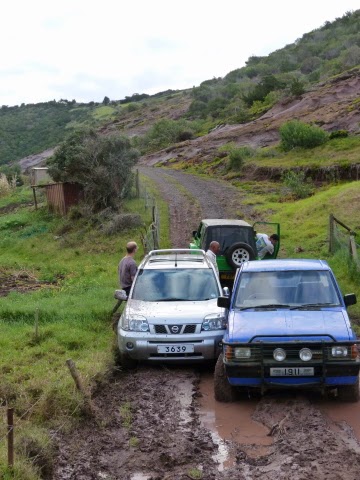 he had brought along his trusty chain saw. After some comedy 'failing to start the chainsaw while everyone was watching', he cut clean through the fence post.﻿ 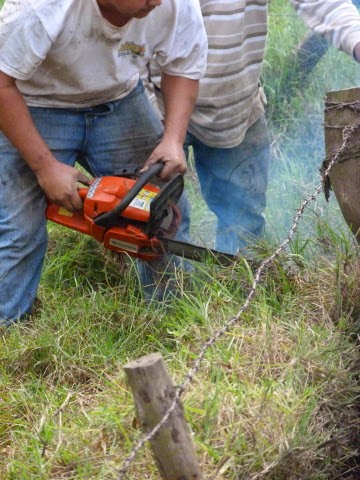 The latest addition to the 4 x 4 collection then un-wedged the pick up.﻿ 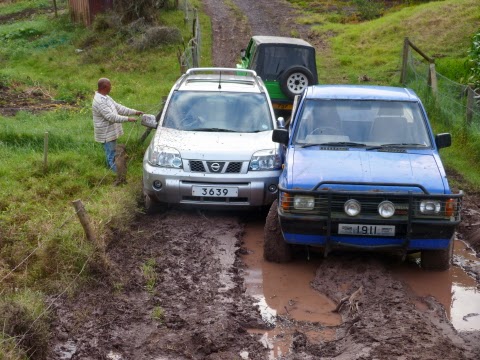 The un-wedged pick up was then able to unstick itself and make room for us to be unstuck in turn. ﻿ 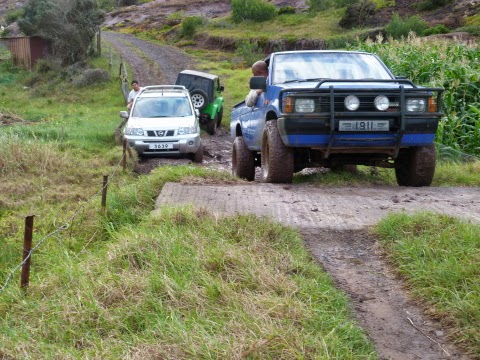 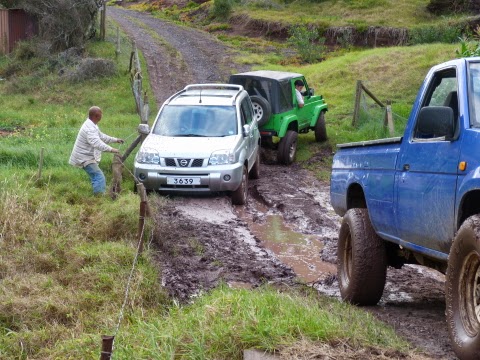 and we could be pulled out of the mud, backwards in a most undignified fashion.﻿ 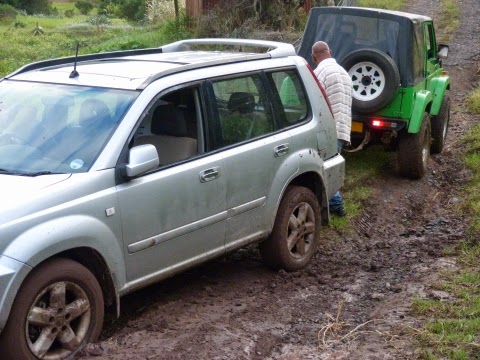 Clint's Dad now had the pick up on the wrong side of the mud. After turning around further up, he joyfully bounced straight back through the mud at surprisingly high speed, showing us how it should be done.﻿ 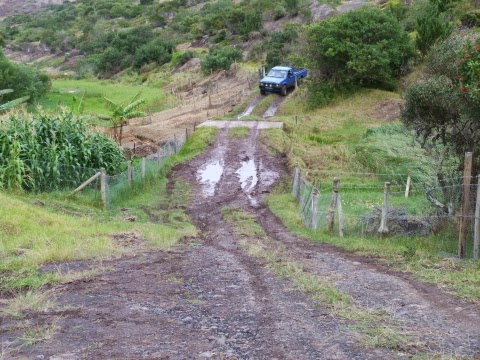 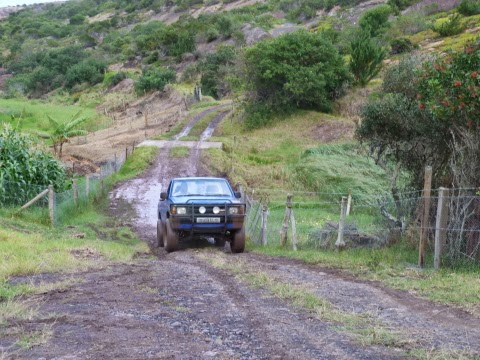 The whole event made the Smalls' weekend. There were some minor casualties,﻿ 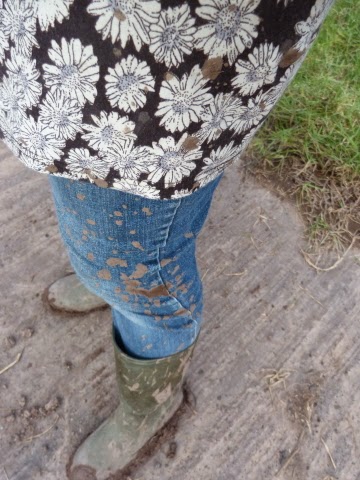 but nothing that couldn't be washed off. 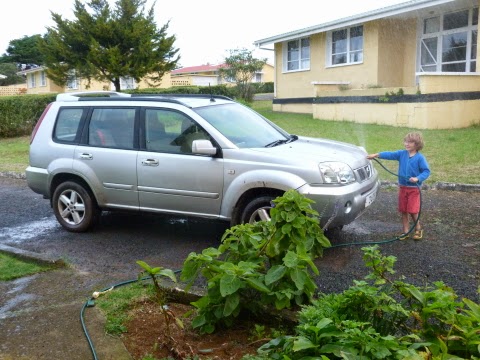 Posted by Stitches and Seeds at 22:48